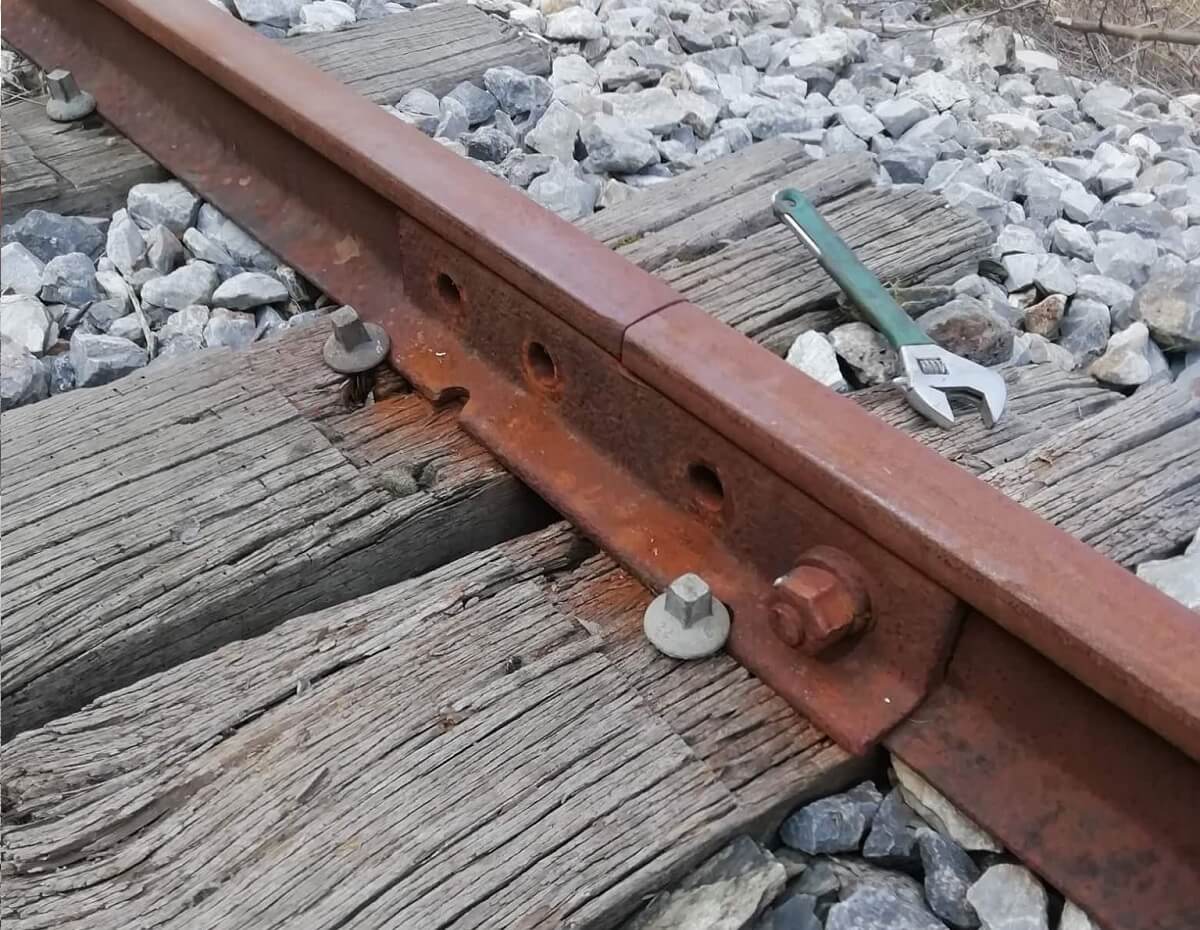 On Sunday, March the 3rd, our volunteers caught a metal thief in the act of steeling railway material from the line, 6 kilometres from Velestino station towards Aerino. The thief managed to get away, leaving behind his personal belongings. Nevertheless, as our volunteers were watching him closely, they were able to take note of his car details (model, colour and number plate).

Immediately, the local railway maintenance department and the police were informed, acting rapidly. Despite the fact that the thief avoided arrest, he was identified by the police and recognised by our volunteers at Velestino police department, while OSE (Hellenic Railways Organisation) pressed charges against him.The 41 years old man from the city of Volos, has been convictedof a felony, while police has been able to locate even his facebook profile.

Policemen on the scene, gathered images of the damage as well as tools and 2 coffee cups left by the thief, all of which were sent for DNA examination.

The scale of the damage caused was vast, but a group of volunteers and railway maintenance technicians, managed to repair it the following day. Such incidents are disappointing and disastrous for all of us and we do hope that the above would be the last one.